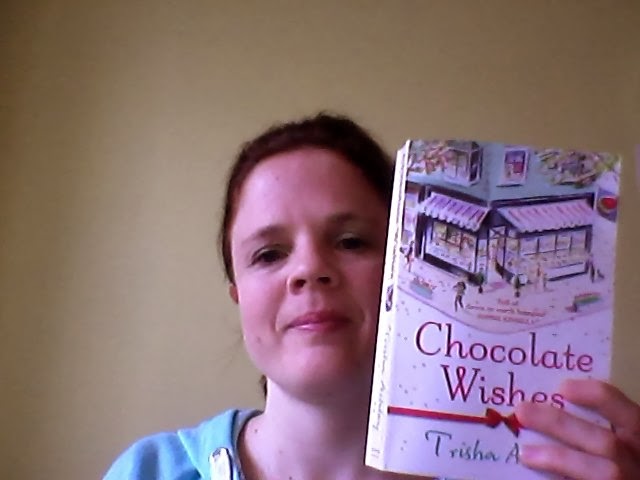 One of my goals this year is to do a lot more reading. I absolutely love to read but in the last few years have often finished my day and just been tired or not able to concentrate. Hopefully there will be plenty of chances to switch off more and maybe sit in the garden on a sunny day with a book. I have finished my first read though, so thought I'd blog my first ever book review.

Chocolate Wishes is set in Lancashire and follows the life of chocolate maker Chloe, her eccentric family, and friends Poppy and Felix. Chloe's luck is out when not one but two ex lovers enter her life, as the arrogant David, and rock star turned Vicar both turn up in Sticklepond where she lives.

The story twists and turns it's way around the themes of love and betrayal and ultimate forgiveness, along with friendship turning to love for two of the characters, unwanted neighbours and protests, and the curious activities of Chloe's warlock grandfather, and his coven.

I think I would describe this box as a series of missed opportunities; some of them small, some of them not so small. I think more could have been made of some situations in the book, like the mischief Jake got up to - prime opportunity to ramp up the humour, and after the build up to Chloe and Poppy getting a makeover, I was expecting to hear more about their day out and transformation.

The plot kept me reading, but I think it was a case of introducing characters and situations well, but then at times both fell a little flat. Even Raffy's transformation from a vicar to a rock star didn't grip me as much as I expected when he arrived in the story. A voice in my head was saying you have a white witch, a warlock, a firestick juggler, and a rock star turned vicar in your story - where's the real mystery and magic!

Chocolate Wishes does have some interesting ideas, and setting them in a seemingly quiet country village works well - the whole what lays under the surface of village life idea coupled with a few surprises kept me reading. I also like it when a book manages to convince you 2 people will end up together, without the eventual result being obvious too early on in the story, as happens here.

Some good points, but not one of my favourite chic lit reads, so if I was scoring I'd probably mark it as 6/10.