A Gift From Woolworths Book Tour - Q&A with Elaine Everest

Something old, and something new for this blog post - thank you to everyone who has been reading my previous reviews of Elaine Everest's novels. I have really enjoyed reading them, and am currently making my way through the pages of the latest book in the Woolworth's Girls series, A Gift From Woolworths. So Elaine is not a new author to These City Days, but her blog tour is! It's an absolute pleasure to join in the fun, so a big thank you to Elaine and Faye Rogers, along with ED PR for organising this, and here is the Q&A I did as part of the tour.

1)Did you always see the Woolworth's books as a series, or did it evolve into one? How far do you feel you can take the theme?

The Woolworths Girls was originally meant to be a stand-alone book. I had a two-book contract with my publisher, Pan Macmillan, the second book being The Butlins Girls. However, readers took the characters and Woolies to their hearts and it became a series. At the time I did worry as I’d tied up all the plot lines and had to think what else I could throw at my girls.

Woolworths closed its doors for the final time in 2008 and I do joke that I could write a book to cover every year from 1945… However, my publisher does have a very nice outline for a Woolies story set in 1947 when there is a wedding…

2) Any interesting tales to tell of where you found inspiration this time round, or when it struck?

This book takes us to the end of the war and beyond. I had to decide what would happen to my girls and their families. Would there be more babies or a death - perhaps a romance or two? I was tying up all lose ends for the time being while I focused on my new series of books. Along the way I started to think about Freda and her life and recalled how once, as a shy fifteen year old, I went on a date straight after a Girl Guide meeting trying unsuccessfully not to look as though I was wearing a uniform covered in badges with my hat stuffed in my handbag. It was perfect for poor Freda who also had to endure Scottish country dancing and her experiences with this was very much my own experience. 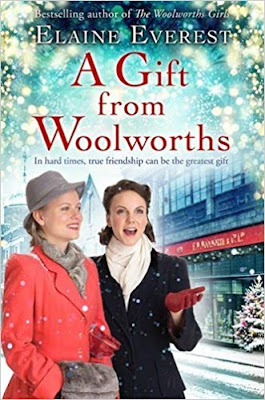 3) What were your earliest ideas for this book?

I wrote an earlier saga (Gracie’s War – still available in libraries) set in the same area as the Woolworths books. I enjoyed writing the story so much I started to think about another. I knew it would be set in Erith in the war years, and I decided the house where I once lived would be a good base for my main character, who had moved to the town to live with her nan. I knew she would need a job, so in my head I imagined walking up the High Street and into Pier Road where I spotted good old Woolies. Straight away I recalled my first Saturday job in a nearby Woolworths store in the late sixties/early seventies and the memories came flooding back. It would be the perfect place for Sarah to work and have her romance. I’d not written any words when I was invited to meet my soon to be agent, Caroline Sheldon. Caroline liked the idea and the rest is history…

4) What gifts did you love to buy from Woolworths?

I would visit Erith Woolworths as a child with my pocket money to buy stationery for school as well as presents for my parents at Christmas. Calendars were a favourite purchase for gifts. My first bra came from Woolies, and as a teenager I would purchase Rimmel make up, long playing records from ‘sound alike’ singers, and trendy pale coloured tights. I’ve chatted often with my readers about Woolies memories and so many people can recall their first purchases and how much they miss the iconic store.

5) What are your essentials that you have to hand for a writing session?

Coffee! I need a mug to hand regardless of whether it has turned cold. My notes containing the names of my characters - I’d forget my own name if it wasn’t written down. I have to have noise around me, as I cannot write in silence. However, it cannot be music as I then I have to stop writing to search for the right tunes. My favourite white noise is daytime TV. It is meaningless but fills the room. However, I have to change channel when Jeremy Kyle comes on, or I find myself shouting at him!

6) Apart from Woolworths and Butlins, what other British icons would make a good setting for a novel?

I’ve just written a new series set in the iconic Lyons Teashops. My stories will be set in Kent like my other books, and I really hope my readers enjoy meeting Rose, Lily, Katie and their friends. We revisit WW2 where Ramsgate suffered greatly during air raids and also played a prominent part in the evacuation of Dunkirk. Ramsgate too played s big part in my childhood where I have pleasant memories of childhood holidays.

7) How do you find social media as a promotional tool to promote your novels and interact with readers, and other authors?

Social media plays a big part in an author’s life. Fortunately my books can also be found in supermarkets and bookshops, but with online suppliers being so popular I can use my online presence to chat about and link to my books. I do join in with book promotions like the Tuesday campaign by the Romantic Novelist Association, The Saturday Saga campaign by friends in a private group of saga authors and also a Friday campaign on a saga readers group on Facebook. This is where I can chat with readers about everything saga. I also have a Facebook page for my books. ‘Elaine Everest Author’ is where I run competitions and give out news to my followers and readers. Authors also have a healthy relationship with book reviewers and bloggers where we can again chat about books and share news.

8) How did you transition from writing short stories to a full novel?

It is two different hats. I’ve written in excess of eighty short stories, as it was a big part of my working life as a jobbing author before I concentrated more on novels. I find I can switch easily from short to long fiction and also non-fiction as I’ve been doing this for over twenty-one years. However, both forms of fiction need to have conflict and a good ending to keep readers interested. I’ve recently written a short story for My Weekly magazine called The Last Saturday Girl which is set in Woolworths just as they closed in 2008. It will run at the end of November and include a competition to win copies of  A Gift From Woolworths.

9) If the Woolworths Girls were on Twitter, how would they describe their lives?

That would be interesting!

Sarah: Loving mother and devoted wife, who dreams of roses round the door and her husband home safe from war.
Freda: Fun loving single girl looking for the right guy!
Maisie: Earth mother who can turn a rag into a couture gown and loves a good laugh.

Thank you for your most interesting questions 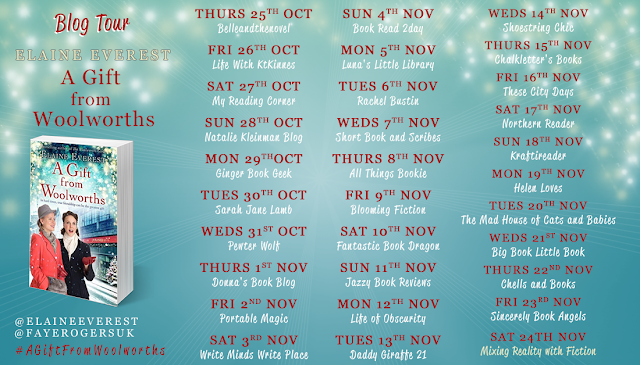 Thanks again to Elaine for her insight, and do check out the other lovely blogs taking part in the tour, there's some great interviews and reviews out there!
at November 16, 2018 No comments: 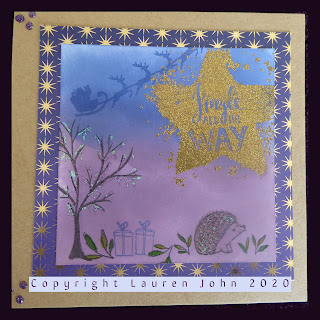