On My Doorstep - Sandford Mill, Chelmsford 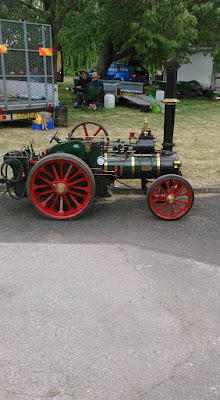 A while ago I decided to do another 'On The Doorstep' and went off to visit Sandford Mill which is in the Chelmer Village area Sorry it's taken so long to get up, but this is a review of an annual event so maybe it'll help you plan for next year. Waste not want not, with local content!!

The Mill is a place that I've always heard of, but never been in before, or really knew where it was, so this was a little bit of an adventure. The mill buildings are used as a museum housing a lot of industrial material and science related content.


One main thing, is it's rarely opened to the public, and you can only get access on their open days. The rest of the year the buildings are used for educational visits. 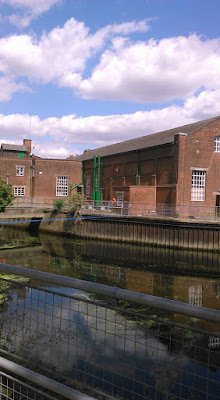 Most of the work there is done by volunteers, and I think they have done a great job setting up and maintaining the displays, in what must have been a big, abandoned, and perhaps not ideal space at one stage. There were displays on Marconi, The Titanic, with a replica of the control room from which the famous SOS signal was sent, details on local industry, old TV equipment, and a barn packed full of science type experiments, and an old omnibus...!

There was a lot of information displayed around the museum spaces, with some artefact's, and the Marconi radio hut. In a way too much to take in on one visit, and I missed the tour. Outside they had some miniature engines that were merrily puffing away, and in some cases giving train rides, and an old machine, which I think used to be used in hay making. 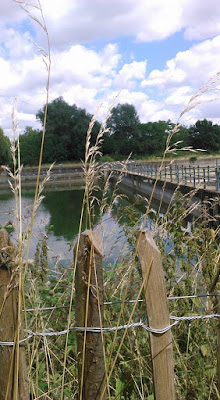 There was also a refreshment area, canoeing (which you had to pay for) and archery - I saw some 'targets' set up around the site in a trail, but I didn't see anyone running this activity. It's a nice location to have a wander around outside, and they even had a little nook they'd turned into a small blacksmiths.


My only little comments, or criticism, and they were only small things, but the ladies in the refreshment area got confused adding up 2 small sums for my drink and snack, and it would have been nice if the volunteers involved in the museum had name tags to identify them - I wanted to know who I could go and talk to, and ask about things, and where it was obvious people were involved with something (like with the miniature engines) perhaps they could have been more forthcoming with talking to people. They were just small things in my experience though.

Overall it was a nice bike ride there, nice weather, a nice view of the lock/waterway on the cycle route, and it was well worth visiting. There was almost too much information to take in though, so I may have to go back again next year.

To find out more about Sandford Mill Museum and their open events, please visit the Chelmsford City Council Website.