January 14, 2015
The lovely people at Primula sent me a cute little cool bag late-ish last year with a selection of their cheeses in, but it's only recently we've had the chance to try them out, partly thanks to illness and bugs. Mum used the light cheese at Christmas on some olive oil crostini, and I've just tried a recipe from the Primula site which I thought I'd blog about. 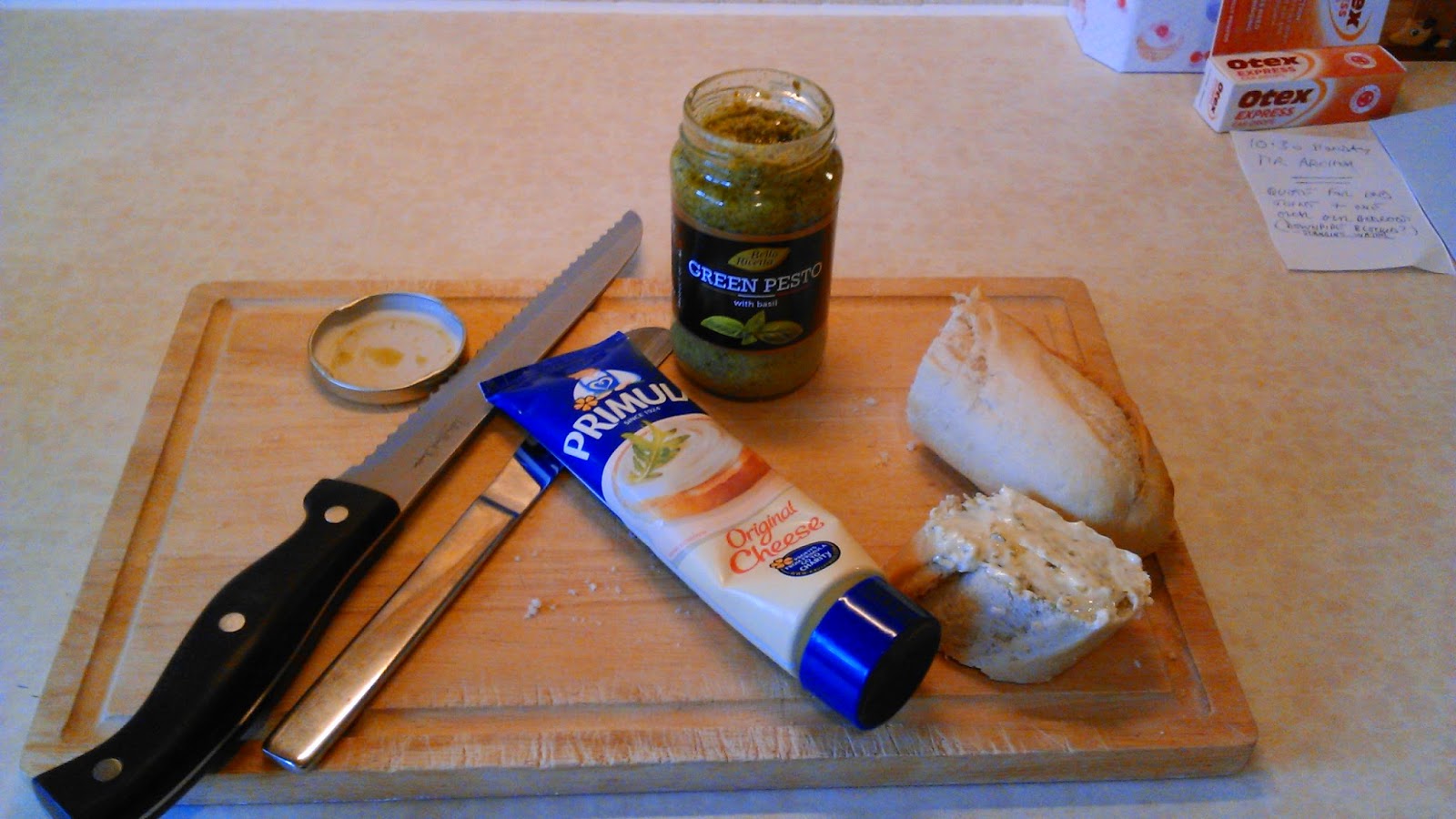 This has to be one of the easiest snacks to make, with just 4 steps to something tasty. First cut your baguette to suit your hunger levels, either small circles, or longer cuts to make bigger slices. Then spread the pesto on each slice, you don't need to spread it too thick, but just to suit your taste. Next squeeze some Primula on top of the pesto (again to suit your tastes) and your ready to go. All you have to do then is place the slices under the grill and wait for them to bubble up like normal cheese on toast. 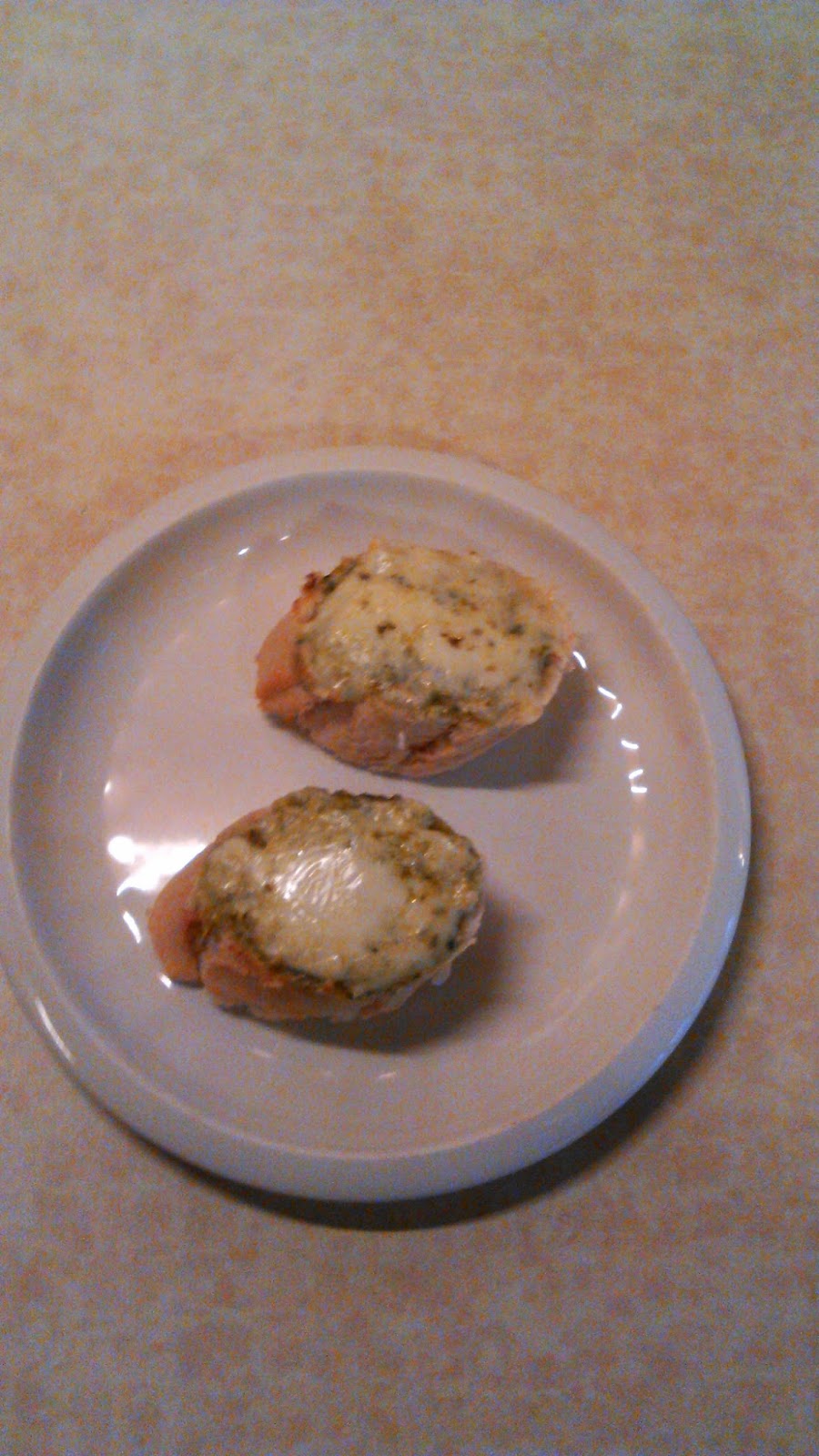 I was pretty wary of toasting cheese spread, and although I've had pasta salad mixed with pesto before, I wasn't sure if I'd like either taste or them both mixed together. The end result surprised me though, and although I wouldn't make big slices of it myself, I enjoyed my treat in small doses. I think it was partly the pesto I chose, which wasn't too strong on the garlic or the herbs so I didn't have 2 competing flavours in my mouth, they fit together well. it wasn't like eating normal cheese on toast, a bit more gooey, but made a nice change, and is something I'd do again. Only bad point was the pesto had to be used in 2 days, and I don't eat toasted cheese recipes that often!!

Have you tried Primula or any of their recipe ideas? Let me know in the comments below if you have, or you've got a favourite snack to share.